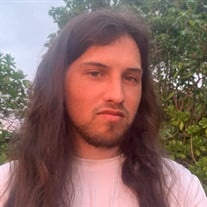 Raymond (Ray) Arnold Shotwell, age 26, was born in Tacoma, Washington, May 31, 1995, and died June 17, 2021 in Nemah, Washington. Ray and his twin brother, Tom, were raised in the North Nemah River Valley where his family owns and operates an oyster business. Growing up, Ray worked with his family on the oyster farm, and he became an avid hunter and fisherman. He graduated from Naselle High School in 2013. Four years later, he graduated with highest honors from Montana State University with a Bachelor of Science degree in Mechanical Engineering. Following his graduation, Ray returned to North Nemah to work in the family oyster business where his reliable and strong work ethic became a blessing to his parents. Ray will be remembered as a man of few words. He was smart and a keen observer. It was always a challenge for family members to best Ray in the traditional holiday games played each year. He is loved, and he will be missed. Ray is preceded in death by his grandmother, Genevieve Shotwell, grandfather, Arnold Shotwell, and his aunt, Nancy. He is survived by his parents, Steve and Andi Shotwell, and his brother, Tom Shotwell, his grandparents Ray and Lynne Anders, his aunts Sue Shotwell, Patti Van Osdol, Carlene Anders, Robin Anders, and his uncles and cousins. Ray’s parents wish to extend their gratitude to family, friends and community for their support. Memorial services will be held on Sunday, July 18th, 2021, at 3:00 P.M. at the Nemah Community Center, in Nemah, WA. Arrangements are in care of Stoller’s Mortuary in Raymond, Washington. You may visit www.StollersMortuary.com to leave condolences for the family. To send flowers or a memorial gift to the family of Raymond Arnold Shotwell please visit our Sympathy Store.
To order memorial trees or send flowers to the family in memory of Raymond Arnold Shotwell, please visit our flower store.