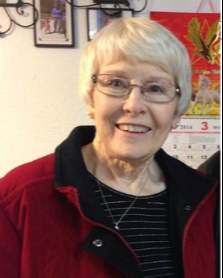 Mary “Rick” Gauger, a resident of Raymond for 50 years and a long-time local choral leader, passed away September 6, 2022. She was 83. Rick died peacefully in her sleep at the Willapa Harbor Hospital after a long period of
deteriorating health. She was born December 22, 1938, in Lexington, Nebraska, the youngest of three children of
Henry and Edna Rickertsen. She grew up on the family farmstead 10 miles from town, attending a country school and then high school in Lexington. She got her lifelong nickname, Rick, while in school from her maiden name, Rickertsen. She also got her future husband – a classmate and city kid, Dave Gauger.

After high school, she attended Hastings College for two years to study vocal music. She then married Dave and, nearly two years later, gave birth to their first child, Jeff, in 1960. Just weeks later, she and Dave moved to
Florida for his first posting as a Navy pilot. Son Mark arrived in 1961. More moves prompted by the Navy followed, to Texas, California and the Whidbey Island Naval Air Station in Washington state. The family returned to Nebraska in 1965. A daughter, Liesl, arrived in 1968. Daughter Jennifer followed in 1972. That year, the family moved to Raymond, where Rick worked in the family business operating the Raymond Herald (later the Willapa Harbor
Herald) and then KSWW radio. Rick also worked for a time as a bank teller.

Rick involved herself deeply in music. She performed leading roles in musicals at the Willapa Harbor Playhouse. She also taught piano.

Most notably, her love of music blessed the community as director of the Willapa Harbor Community Chorale performing two concerts annually – spring and Christmas. She initially sang in the chorale and eventually directed the 35-voice group for nearly 40 years. She lost her beautiful soprano voice more than 30 years ago to throat cancer. “Now the Willapa Chorale is my voice,” she said at the time. Rick attended the United Church of Raymond for many years and later the Methodist Church in South Bend. She is survived by her husband of 64 years, David, of Raymond; sons Jeff Gauger of Baton Rouge, Louisiana, and Mark Gauger of Kirkland, Washington; daughters Liesl Phelan of Black Diamond, Washington, and Jennifer Cunningham of Seattle; four granddaughters, Lauren of West Sacramento, California, Kelsi of Bellingham, Washington, Natalie of Kansas City, Missouri, Shannon of Richmond, Virginia, a foster daughter, Touk Sinantha of Seattle; a foster son, Justin Mounkhoune of Austin, Texas; a brother, Harold Rickertsen of St. Paul, Nebraska.

A memorial service will be scheduled and appropriately announced.

To order memorial trees or send flowers to the family in memory of Mary "Rick" Gauger, please visit our flower store.