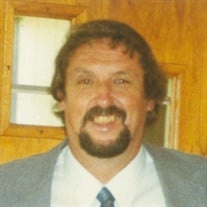 Marv passed away at Capitol Medical in Olympia, WA on Feb. 9, 2021 after a short bout with pneumonia and an extended battle with Parkinson’s. He was born in Raymond, WA on June 10, 1938 to Woody and Edith (Colson) Clements and was the eldest of three. Marv graduated from South Bend High School in 1956 and attended Edison Tech College in Seattle. He was enormously proud to be a part of the 1956 basketball team that took South Bend to the State Championships and taking fifth place. The team was inducted into the South Bend Wall of Fame in 2017. As a lineman, Marv worked for the Pacific County PUD in Raymond, City Light in Seattle, and the Grays Harbor PUD in Aberdeen until his retirement. He enjoyed life, especially hunting and fishing with is dad, sons, friends, and cousins in Menlo. He leaves behind his true love, Millie (Watkinds) Clements whom he married on November 23, 1968 and again on May 15, 2004; his children Karen L. Clements, Marvin “Moose”, Steven A. Clements, and Sonja (Jeff) Ping; seven grandchildren and three great-grandchildren. Also, his loving sister, Carol (Clements) Newbom and two awesome nephews, Kevin & Todd Dixon. Marv was preceded in death by his parents and his sister, Gayla (Clements) Dixon. In lieu of flowers, you may make donations to the Raymond Fire Department Ambulance, Willapa Harbor Helping Hands, or your favorite charity. Graveside service will be held on Friday, February 19th at 1 PM. Arrangements are in care of Stoller’s Mortuary in Raymond, Washington. You may visit www.StollersMortuary.com to leave condolences for the family. To send flowers or a memorial gift to the family of Marvin Leroy Clements Sr. please visit our Sympathy Store.
To order memorial trees or send flowers to the family in memory of Marvin Leroy Clements Sr., please visit our flower store.