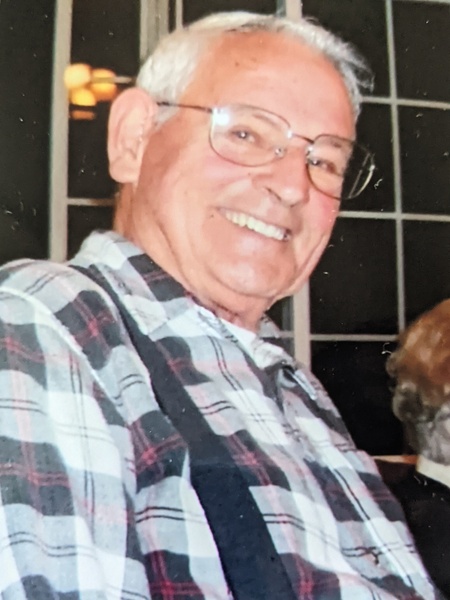 Hand delivered by a local florist

Les Fifield, 90 of Raymond passed away on June 4th of natural causes. He is survived by his long time partner in life Donna Nissell, his adult children Sue Trottier, Lisa Sanders, Carol Fifield, Scott Fifield and Mike Fifield as well as all of Donna’s family.

He graduated from Grants Pass High School (OR.) and served with distinction in the U.S. Navy during the Korean conflict earning several medals while heading a fire control team aboard the USS Brown. After his discharge in 1955, he worked for Nortonics Aviation in southern California as part of a team designing guidance systems for the first Polaris missiles.

With a family in tow, he eventually moved to South Bend where he raised his family and spent 30 years in the seafood industry as an equipment designer and electrician. After retirement, him and Donna settled out in east Raymond surrounded by extended family. Other than his families, his passion was always the outdoors…hunting, fishing and spending time on the water. He also became noted/respected for fine woodworking and won several local awards for his scale models.

He was a masterful storyteller, loved by everyone who spent time with him. He is missed here and
welcomed by those who proceeded him in the next life.

To order memorial trees or send flowers to the family in memory of Leslie Fifield, please visit our flower store.