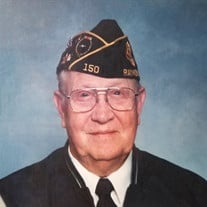 Kenneth Dale Grimm, a long time Raymond resident and business man died August 27th at the Raymond Care Center.  He was born October 8, 1928 in Tacoma, Wa to Fred R. and Cynthia Ann (Lamb) Grimm.  He graduated from Lincoln High School in Tacoma on June 7, 1946 and entered the U.S. Navy Submarine service on June 10, 1946, having served aboard the U.S.S.  Seacat Squadron 6. He was discharged April 10, 1948. During his high school years he worked at the Atlas Foundry as a machine molder and bridge crane operator, making castings for the war effort, he also worked for the U.S. government at the Pacific Naval Advance Base in Lakewood. Following his military service, he attended watch making (repair) school in Glendale, CA for 1 ¼ years and then moved to Lewiston Idaho where he worked for American Home Foods as a salesman for the state of Montana. He married Jacqueline Louise Hatchard on September  17, 1950 in Lewiston, Idaho.  They moved to Bremerton in 1951 where he worked for J.C. Penney as a trainee for managership.  In 1952 he moved to Raymond where he purchased the Lapinski Grocery on First Street.  In June of 1960 he closed the store and became manager for the New Stewarts Food Liner (later renamed Stewarts Food Basket) and purchased a partnership in 1961.  He then sold out in 1972  and worked for 2 ½ years for Swansons Food Stores in South Aberdeen and Simpson Ave.  In 1975 he went to work for the Dennis Company where he became merchandise manager for both Raymond and Long Beach, and moved up to store manager in 1982, retiring in 1994.    Kenneth was also a life member of Knights of Columbus, a former Lions Club president and member as well as Raymond Elks Lodge #1292, and a 30 year member of the American Legion Post #150.  In his spare time he also loved woodworking and fishing.  Kenneth was a devoted Husband, a family man, and a people person. Surviving Kenneth are his wife Jacqueline of Raymond, 2 daughters Nancy Mason of Honolulu, Hawaii and Kristy (Kevin) Dockter of Raymond, his son Daniel Grimm of Aberdeen, 5 grandchildren Candra Burns of Germany, BayLynn Grimm of Hoquiam, Chelsea Mudgett of Olympia, Montgomery Mason of Seattle, Jordan Dockter of Raymond and 1 great granddaughter Alyvia Mudgett of Olympia.  The funeral mass will be held at St. Lawrence Catholic Church at 1112 Blake Street in Raymond Washington on September 7 at 11am. The American Legion Post #150 will hold a military honor guard service along with active military personnel following the funeral mass in front of the church. To send flowers or a memorial gift to the family of Kenneth D Grimm please visit our Sympathy Store.
To order memorial trees or send flowers to the family in memory of Kenneth D Grimm, please visit our flower store.