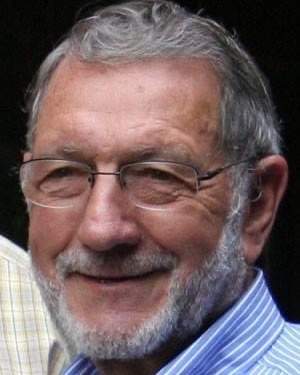 On August 19, 2022 in Raymond, Washington, Jim Taylor went to be with his Lord and Savior, Jesus Christ.

Jim is survived by his loving wife, Eloise; their son Jim (Yoko Sheldon) Taylor, of Ocean Park; granddaughters Caitlin Taylor, Annapolis, Maryland, and Lori (Dan) Kohlbeck, Chula Vista, California; Brother Dale (Linda) of Klamath Falls, Oregon and sister Evelyn of Eugene; and many dear nieces and nephews. He was preceded in death by his father, Thadys Taylor and more recently by his mother, Frances, in her 102nd year; their son Doug (Rena) in 2004, and Jim’s brother Dan in 2001.

Jim was born in July 1938 in Merced, California. He grew up near Klamath Falls, milking the cow and hauling hay in the summer, and enjoyed selling watermelons from a truck. He graduated from Henley High School in 1956 as a 12-year student, class president and valedictorian. He joined the Navy that summer, trained in electronics and served aboard the submarine tender USS Nereus, in San Diego Bay. While serving on Oahu at Lualualei Naval Radio Transmitting Facility he met the love of his life, Eloise. They were married 63 years ago in his hometown at Bible Baptist Church, in Klamath Falls where their two sons were born. He was honorably discharged from the Navy in 1962, three years active and three in Reserves, Petty Officer Second Class.

Jim began working as an electrician for Weyerhaeuser in Klamath Falls in 1959, ten years later he transferred to Raymond, Washington as head Electrician. After 35 years with Weyerhaeuser, he retired early to work full-time in ministry. He and Eloise served for seven years at the historic Menlo Church in Menlo, Washington. He was licensed as a Minister of the Gospel in 1989 at First Baptist, South Bend, Washington, where he served as both associate and lead pastor for 22 years.  “Pastor JIm” became known as Pastor of Willapa Harbor or Pacific County Pastor, through his work with the Willapa Harbor Ministerial Association and the many funerals and weddings he officiated. He very much enjoyed his time working with Darrel and Ron Stoller.

He was Willapa Harbor Chamber of Commerce Citizen of the Year in 2015. And he served with the Gideons, International 1970-1989.

He enjoyed fishing and hunting in his earlier years. He and Eloise were on the beach for almost every clam dig.  Loved travel, but most especially he loved people. In his final weeks he said about Jesus, “Always answer His call.”  His word to all of us whose lives he touched.

A Celebration of Life was held at New Life Fellowship on August 27th.

Memorial gifts may be made to The Gideons, International through their website, or to New Life Fellowship in Raymond, 404 Commercial Street, or https://www.raymondnewlife.com/

To order memorial trees or send flowers to the family in memory of Jim Taylor, please visit our flower store.