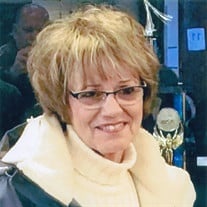 Cherie Lorraine (Jackson) Clevenger, a Raymond resident, passed away Saturday, December 21, 2019 at the Capital Medical Center in Olympia; she was 73. Cherie was born October 10, 1946 to Donald Lawrence Jackson and Flora LaVelle (Cowan) Jackson in Kelso, Washington. Cherie was raised in Centralia where She attended high school and college. She and her family moved to Raymond in 1964. On April 13, 1968 she married Charles Clevenger Jr. at her parents house in Raymond. She worked in her father’s restaurants and in retail until her retirement in 2008. Some of Cherie’s hobbies included camping at her lake property, bowling in her bowling league, gardening, canning, clam digging, caring for others, and lastly spending time with her daughter’s families and grandchildren. Surviving Cherie are her husband Charles Jr., her sister Dede Jackson Kubin, her daughters Shawni Greene (Jim) of Olympia, Chari Osberg (Gordon) of Olympia, and Grandchildren Charli Stormans (John), Peyton Greene, and Jacob Osberg. She is preceded in death by her parents Donald and LaVelle Jackson and her sister Penny Thompson. A graveside service is being held at 11:00 a.m. Monday, December 30th at the Fern Hill Cemetery in Menlo. Arrangements are in care of Stoller's Mortuary in Raymond, Washington. To send flowers or a memorial gift to the family of Cherie Lorraine Clevenger please visit our Sympathy Store.
To order memorial trees or send flowers to the family in memory of Cherie Lorraine Clevenger, please visit our flower store.